Northwest Arkansas Pride has added color and splash to the Ozarks since 2007. With now over 20,000 participants and spectators, this is Arkansas’ largest LGBTQ pride celebration!

The first Pride Parade rolled down Dickson Street in 2004, but groups of local citizens organized rallies, marches, picnics, and celebrations to unite the LGBTQ community and promote acceptance for years – all the way back to the 1975 Miss Gay Fayetteville Arkansas America pageant hosted at George's Majestic Lounge.

Ken Boyle, Joney Harper, and Norman Hadley founded NWA Pride, Inc. in 2007 to formally operate an annual parade and rally while various organizations and groups continued to organize smaller events to round out the parade weekend.

In 2015, NWA Pride, Inc. merged with the NWA Center for Equality to better serve the growing LGBTQ community with a unified vision. The merger provided an opportunity to better coordinate resources and bring cohesiveness to signature events and tourist attractions. The two organizations became Northwest Arkansas Equality, Inc., and Susan Hartman was hired as the first paid staff member to manage the operations, with Kate Johnson, Hannah Withers, and Richard Gathright directing the activities and vision of NWA Pride in recent years.

Northwest Arkansas Pride has grown to become one of Fayetteville’s signature weekends. With consistent financial support from local and national businesses, the Fayetteville Advertising & Promotions Commission, and Mayor Lioneld Jordan issuing a mayoral proclamation every year since his election in 2009. In just over a decade, NWA Pride has grown from 200 brave participants and spectators into a multi-day calendar of events serving more than 20,000 residents and tourists and has the honor of being Fayetteville's second-largest event, and Arkansas’ largest LGBTQ Pride celebration. 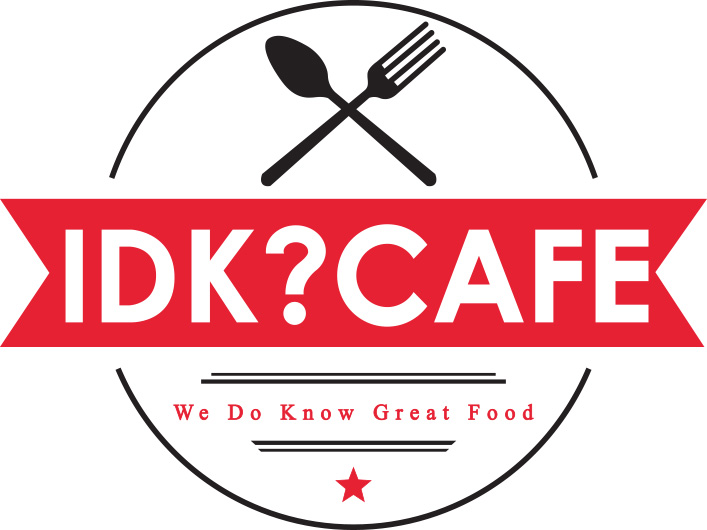 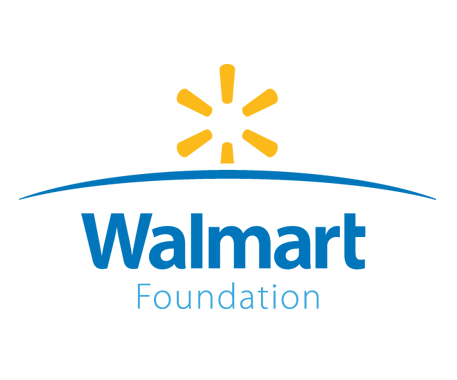 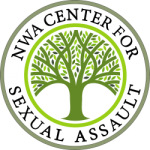 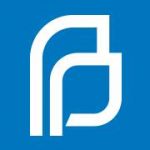 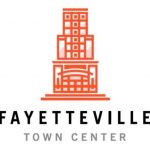 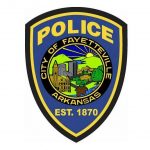 On September 14, 2018, we lost one of our own. Norman Hadley helped formally establish the organization of the Northwest Arkansas Pride Parade in 2007. He ran parade logistics for over a decade helping grow the celebration from a handful of participants and spectators to one of Arkansas’ largest parades. “Ask Norm” was a pretty standard response to most parade questions.

Norm was an inspirationally out and proud gay man. He wore nail polish while driving a dump truck, seemed to always have a rainbow or glitter on somewhere, tackled and won sobriety, and protected those he loved and who loved him. He was the definition of pride. He was our friend. He was your friend. He was pride in Northwest Arkansas.

With the assistance of the Courage Therapeutic Riding Center, who will honor Norm during the parade with a riderless unicorn and special ceremony, the 2019 NWA Pride Parade is dedicated to Norm’s life

2018's Northwest Arkansas Pride Grand Marshals were honored for their commitment to defending equality and fairness for lesbian, gay, bisexual, transgender, and queer-identified people across the State of Arkansas, and especially the legal rights of our LGBTQ family, friends, neighbors, and allies.

The ACLU of Arkansas joined the court case challenging the constitutionality of Arkansas Act 137, a law intended to strip away local civil rights protections for LGBTQ Arkansans. The ACLU acted on behalf of PFLAG of NW Arkansas and three Fayetteville residents: Anthony Clark, Noah C. Meeks, and Liz Petray. Act 137 was passed in 2015 by the Arkansas legislature in an attempt to nullify Fayetteville’s anti-discrimination ordinance. However, this Arkansas law violates the constitutional right to equal protection and would leave LGBTQ people vulnerable to discrimination in housing, employment, and public accommodations.

We honored these people for standing up for the will of the voters who approved Fayetteville’s civil rights ordinance, and for the rights of other Arkansas communities who want to do the right thing and protect their LGBTQ residents from discrimination.

We honor the For Fayetteville Executive Committee, Kyle Smith, Laura Phillips, Danielle Weatherby, and Fayetteville Councilmember Adella Gray for completing an eighteen-year goal of Fayetteville’s LGBTQ rights leaders by leading the campaign for the passage of Fayetteville Ordinance 119 of 2015, the Uniform Civil Rights Protection Ordinance. After the repeal of a previous ordinance just months earlier, they never gave up on our need to be protected as employees, as customers, and as residents of Fayetteville. Today, as the For Fayetteville PAC, they champion citizen involvement, progressive political initiatives, and recruit local candidates valuing diversity and inclusion, citizen engagement, our natural environment, and smart development that advances Fayetteville’s unique quality of life for all residents.

For our 10th anniversary celebration of the official NWA Pride Parade, Northwest Arkansas Equality, Inc. recognizes the founders of the organizing body NWA Pride, Inc.,  Ken Boyle, Norman Hadley, Joney Harper. These individuals organized and operated the annual Northwest Arkansas Pride Parade from 2007-2014. Their endeavors paved the way for what has grown into a multi-day event, and Arkansas’ largest LGBTQ pride celebration.

Attorneys Cheryl Maples and Jack Wagoner represented plaintiffs in the historic case that struck down Arkansas Amendment 83, the 2004 voter-approved ban on same-sex marriage in Arkansas. Their passionate plea in 2014 on behalf of couples who wanted to marry, adopt, or have their out-of-state marriages recognized in Arkansas led to a court finding the ban unconstitutional.

Leaders of Walmart Pride Associate Resource Group who influenced their company's decision to implement domestic partner benefits and other LGBTQ policies. They continue to work for equality and fairness within their company.

Chris Christoffel has been a cornerstone of the local LGBTQ community since she moved to NWA in 1986. She has served on the Aids Task Force, HIV Arkansas, the annual AIDS walk, ACT-UP!, GLAD, BGLAD and other diversity endeavors, and she is a founding member of Northwest Arkansas’s PFLAG chapter. In past years Chris has been an organizing part of the Women’s Library in Fayetteville, the National Organization for Women, the Arkansas Women’s Project, a recipient of the Alliance for Women’s Concerns Award, and a monitor for the NAMES Quilt when it was shown in Washington, D.C. Chris is an outspoken incest survivor who founded support groups in Westchester County, NY, and Washington, D.C. Chris has played trumpet in the NYC Gay Marching Band and was a founding member of Lambda Squares in Washington, D.C. - the first gay square dance group recognized by the National Square Dance Association.

Linda and her wife, Deb, helped grow the annual Diversity Weekends in Eureka Springs, cementing Eureka Springs as the LGBTQ tourism capital of the south.

Linda and Deb moved from California where Linda was the physical therapist to the Stars. Linda continued her work in Northwest Arkansas with children and geriatric patients in Green Forest and was a reliable NWA Pride Parade volunteer for as long as her health would allow. Linda had to hide most of her life from her co-workers, but she was a shining example of Pride, riding on the bike that lead our parade year after year.

On October 16, 2011, the NWA Center for Equality lost an activist, board member, benefactor, and dear friend. Arthur Beeghly worked as an openly gay journalist in San Francisco before retiring in Northwest Arkansas with his beloved cat, Mildred Beeghly, in 2005.

Art’s generosity of time and money empowered the NWA Center for Equality during a period of rapid growth that saw the opening of their first permanent office in downtown Fayetteville. He continued to support the Center upon his passing with a generous gift. In January 2012, the NWA Center for Equality posthumously recognized his leadership by dedicating their resource center in his honor.

In addition to the NWA Center for Equality, his philanthropic efforts were known by the Fayetteville Animal Shelter, St. Paul's Episcopal Church, and the Fayetteville Public Library Foundation.

Award-winning writer, editor, and newspaper columnist Michael Walsh authored the 2007 ordinance for the City of Eureka Springs that established the first Domestic Partnership Registry in Arkansas. In 2010, he wrote a city resolution that eventually enabled municipal workers with domestic partners to have equal access to health care insurance, another precedent-setting first for both the city and state. He has also worked to promote Eureka Springs as a gay-friendly travel destination, generating widespread regional and national media coverage for the city’s annual Diversity Weekends.

11-year-old Will Phillips made national headlines when he sat down in protest of the Pledge of Allegiance at his West Fork school in support of the LGBTQ community. Will stated, "I really don't feel that there's currently liberty and justice for all,” when thinking about the pledge. He was referring to LGBTQ people who don't have the same rights as their heterosexual counterparts. Despite peer pressure from his classmates, he refuses to stand for the Pledge of Allegiance until there are liberty and justice for all.

UPDATE: Will returned to the stage at the 2015 NWA Pride Festival to lead the crowd in reciting the pledge of allegiance just days after the Supreme Court of the United States issued its ruling in Obergefell v. Hodges, guaranteeing equal marriage rights to same-sex couples across the nation.

Daniel Karslake is the producer, director, and writer of “For the Bible Tells Me So,” an award-winning documentary featuring the Reitan Family of Mankato, Minnesota. Randi and Phil Reitan have four children. When their youngest son, Jacob, came out to them as gay their eyes were opened to the discrimination the LGBTQ community faces. They became active members of Soulforce, where Phil is on the board of directors and Jacob was the first young adult director. Jacob also founded the organization’s Equality Ride and Right to Serve Campaign.

Daniel Karslake is an award-winning producer for the highly acclaimed newsmagazine, “In the Life,” which airs nationally on PBS. Recognition for his outstanding work for the show, which has centered primarily on issues regarding religion and homosexuality, includes an Emmy nomination, and praise from GLAAD and the National Lesbian and Gay Journalists Association.

Chris Hannon is an unsung hero in the Northwest Arkansas LGBTQ Community. He works tirelessly for the Northwest Arkansas GLBT Community Center through the NWA Positive Links Buddy Program and as a board member. Chris started the Buddy Program Support Group in August 2006 to provide people living with HIV/AIDS with the latest health information, food bank resources, help with chores, transportation, companionship and other resources for living a happy life. A 25-year survivor of HIV himself, Chris demonstrates what can be done with a bright outlook.

Randi is the co-founder and executive director of the Center for Artistic Revolution (CAR). Under Randi’s leadership, the Little Rock organization has been a leading advocate for the Lesbian, Gay, Bisexual, Transgender, and Queer (LGBTQ) community's fairness and equality issues, removing the use of American Indian imagery as a mascot for Arkansas State University, youth support and leadership development, support of immigrant communities and creating an entity to receive and determine civil rights complaints in the state. Randi has worked in the southeast for over 20 years on a variety of issues including; LGBTQ rights, immigrant communities, pesticides, farmworkers, HIV/AIDS, youth/young adults, workers, and women. Randi is also a poet, spoken word artist, writer, visual artist, bookworm and loves the outdoors.

There are no grand marshals of record prior to 2007. 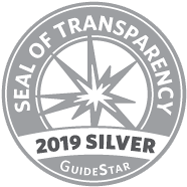 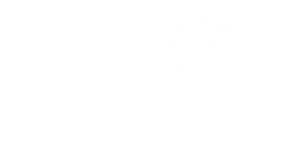